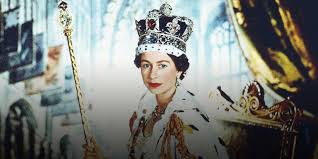 Rest in Peace Your Majesty

Your Majesty, Queen Elizabeth II. Your humility, grace, and dignity will remain in the heart and soul of the United Kingdom and the Commonwealth forever.
Thoughts and condolences to the @RoyalFamily.
May you rest in peace.
God Save The King.

Reason for Posting
My father was a soldier from 1944 through to 1968 and I joined later in 1978 until 1991. As a child, we used to have a picture of the Queen hanging in the house. I grew up with her. Of course, in 1978 I swore the oath of allegiance to the Queen and she became my boss. Clearly, something as momentous as this needs to be marked and remembered.

Success Criteria
There will always be a special place in my heart for the Queen, and the Royal Family. Like many, I won't forget.

What Now?
Like what you see? Then reflect with us on our platform. Use it to take you to wherever you want to go.